When in Bournemouth, visitors are faced with the enormous challenge of fitting so many attractive places to visit in so little time. The last thing you want on your vacation is to miss one of the must-see attractions of Bournemouth, right? So, with limited time, here's a run-down of Bournemouth's leading attractions that you should make sure to include on your list.

Step on the beach once and you will likely understand why so many people regard the beaches of Bournemouth as the best in the British Isles. The pure white sand and mesmerizing water are incredible attractions that are too hard to resist. They are also an absolute feast for the eyes.

With a backdrop of overhanging cliffs, Bournemouth's beaches provide great photo opportunities.  With so many excellent things to offer, you have every reason to flash a big, big smile. You can also spend your time lounging or frolicking on the beach, in any of the rental chalets and deck chairs that are readily available. But try to get there early. Perhaps the only problem you will encounter on these beaches is that they are sometimes so crowded, especially during summer, that you hardly have a place to put your towel down.

The Bournemouth Pier is among the area's most popular landmarks. To thoroughly enjoy the marvels of Bournemouth Pier and the nearby islands, the best way to tour the area is on a ferry or boat excursion, available every day when the weather permits. The ferry travels around Bournemouth Bay, up to the Isle of Wight and to Brownsea Island. Rent a deck chair so you have a relaxed perspective to enjoy the postcard-worthy view. The other option is to enjoy the view of the coastline from the pier's excellent cafe and bar.

Bournemouth is surrounded by a number of noteworthy chines – deep, fertile valleys that are framed by cliffs and boast of some of the most breath-taking scenic nature spots you will find anywhere in the UK. The three most prominent chines are the Boscombe, Alum and Durley Chines.

During the late 19th century, the chines were a favoured hideaway of smugglers. But it did not take long before the beauty of the chines spawned a thriving tourist industry which forced the smugglers to flee. Today, the chines are lined with several hiking trails for sightseers, such as the Cherry Tree Path.

Brownsea Island first gained prominence in 1907 as the site of the first-ever Boy Scout camp. Beginning in 1962, the island became a nature reserve, spanning over 500 acres. It is populated by all kinds of wildlife, including endangered species such as red squirrels. It also hosts the ruins of an old castle, which dates back to the English Civil War.

During spring and other months, Brownsea Island is a haven for bird watchers from all over the world.

Christchurch Priory is a former Augustinian Priory. It is located southeast of Bournemouth, nestled between two rivers, Avon and Stour. Not much is known for certain about the history of the church, but it is believed to be Norman in origin and was probably constructed in 1093. Its choir screen has been traced back to the 1300s.

The church is a fine example of medieval workmanship, especially its huge stone reredos and misericords. From the top of the church, visitors are treated to a marvellous view of the countryside. There are also a number of magnificent sights around the grounds, such as the grave of Ann Pugin.

Shopaholics will find plenty of things to love about Bournemouth, such as the Bournemouth Centre, which hosts several shopping arcades and a series of specialty stores. One on the area's prominent spots is a unique Victorian-style arcade that was build during the mid-19th century. At the centre of it all is a European-style square, a short distance from St. Peter's Walk.

Tourists will enjoy roaming the pedestrian-only streets that lead from one arcade to another and provide plenty of chances to spot some great bargains.

About 40 minutes east of Bournemouth is a section called Highcliffe, home of the famous Highcliffe Castle.

The castle was envisioned as the personal abode of Lord Stuart de Rothesay, who envisioned his personal castle of dreams situated on the side of a cliff. He ordered several prominent architects and builders to build the castle in 1830 out of Gothic and Norman stonework.

Today, a host of colourful gardens surround the castle. From inside the castle, visitors are afforded a marvellous view of the Isle of Wight.

Just 30 minutes west of Bournemouth is Clouds Hill, best known as the former home of T.E. Lawrence, a soldier, scholar and archaeologists who is more readily recognized as Lawrence of Arabia. Attracted by the tranquillity of Clouds Hill, Lawrence moved to a small cottage there after his retirement in 1935. Sadly, just two weeks after he retired, Lawrence died in a tragic motorcycle accident on the Dorset countryside. 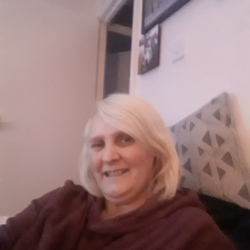 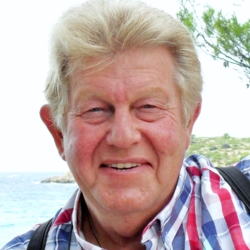 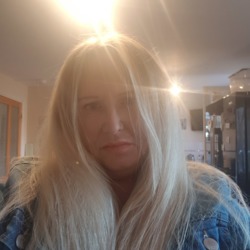